This past year was filled with blessings of life, and while we strive to make it beyond life to eternity, we give thanks for all He has blessed us with here.

I give thanks and blessings, too, for the friends who have come and gone in my life and for those who have made the trip beyond. Yesterday I lost a friend not much older than I. His name was Guy. He was climbing a ladder, and, at such a young age, he experienced a stroke. A day later he was gone.

While I know our time here is to prepare for our next life, I also know that preparation can take awhile. After all, sometimes it is difficult to serve others. "Washing feet" can test our mettle, our patience...our piety. So I think if God decides to take us early, it is a sign we have done our job well, and our days of service are done. That is not to say if we live to be 100 we haven't learned to wash feet correctly. I think those who live awhile have a special place as well - perhaps, to share wisdom to those who are finding it difficult to serve. God only knows, and we have to find comfort in the fact that because He knows, we don't need to worry about it.

However, that doesn't keep us from questioning, does it? After all, by the grace of God, we have free will - we're human, and in serving others, we grow close to them. We grow to love them.

Guy and I became good friends coaching junior high wrestling together. We both have a love of kids; he in Young Life and me in education. We complemented each other in our coaching styles, we learned to balance each other, and in our quest to help boys become good young men, we became kindred spirits. We washed feet - we attempted to build great relationships with our wrestlers, and we hoped at the end of the day we made a difference in the lives of others.

So yesterday, I wept. I didn't cry, I wept - shoulders heaving. It is difficult to lose those special people in our lives, and, yes, when they've done their job well, they are blessed with an early exit. It has been some time since I've seen Guy, but his memory was alive with me because he was still here. His memory will always be alive, but it's different knowing I'll never see him here again, and that is why we all weep when we lose someone.

His beautiful family, I'm sure, is devastated. His friends will mourn him for some time. But the countless lives that breathe easier because he has lived will have smiles in their hearts forever. Because Guy did it right. And I'm sure when he reached the Gates, The Man said, "Well done, my good and faithful servant."

I'll miss you, Guy, but I'll keep working at this "serving others" gig.

Posted by Joseph Skerjanec at 10:42 AM No comments:

I Dreamed of Her


I dreamed a dream once. I dreamed of a life with a rustic home in the mountains on a spread big enough to raise horses. A place where kids could be kids. Space to learn how to sit ahorse as easily as breathing. A setting to learn to shoot a gun, to skin an elk, to swing an axe. A place to appreciate the beauty of the setting sun resting on a meandering river...a place to grow to be a man.

But I also dreamed another dream. I dreamed of her. I dreamed of that one woman I would share my life with. The one I would laugh with, cry with, fight with, make up with. I dreamed of a best friend who would share a life of wonder and awe. She would stretch me in ways I didn't imagine. She would keep me grounded when I aspired to nonsense yet push me to soar straight on 'til morning. I dreamed of her whom I did not know, yet I knew her a lifetime the day I met her.

Today we celebrate her birthday, and, as I said that day 20 years ago, I thank God for her. I thank God He filled my dreams of her--not of the dream I dreamed, but the dream He dreamed for me...for us. The dream in which we were meant to live together. And should another lifetime come and go, I would still dream that dream of her.

I still dream of you. Happy birthday!
Posted by Joseph Skerjanec at 9:51 PM 1 comment:

My father used to play with my brother and me in the yard.  Mother would come out and say, "You're tearing up the grass."
"We're not raising grass," Dad would reply.  "We're raising boys."
- Harmon Killebrew 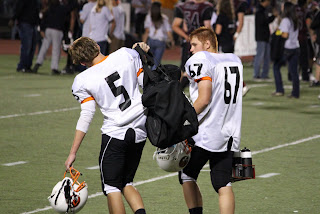 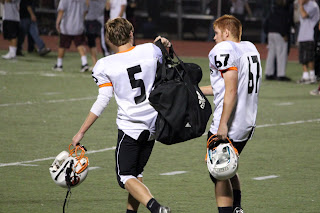 When brothers agree, no fortress is so strong as their common life.   - Antisthenes 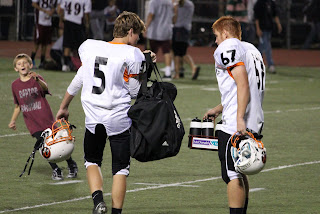 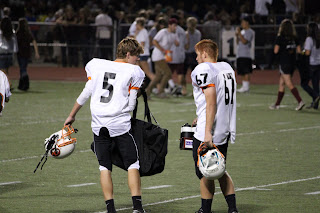 It takes two men to make one brother.   - Israel Zangwill 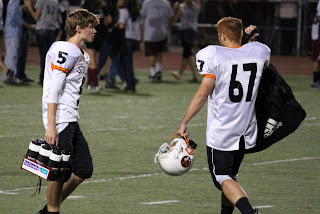 Sometimes being a brother is even better than being a superhero.   - Marc Brown 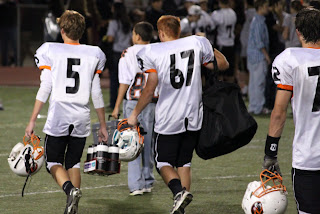 The other day while on recess duty, a little guy tells me a classmate "peed on the jungle gym." I walked over through the gravel, and, sure enough, the boy decorated a panel under the jungle gym. Of course, he had no idea why he did it. After giving him the "what for" I had him sit the rest of recess, and then I took him to my office.

This was his third trip already. The first two for saying words the meaning of which he had no idea. Not a good batting average. After a short discussion, I sat in my chair with my elbows on my knees and I asked him from across my desk, "Kiddo, what are we going to do?"

More silence. Then..."In name Father, Son, Hoey Spirt, Amen." And then in one breath I listened to the most honest and inspiring prayer I've heard in awhile.

"God is good, God is great and help me not to pee on things on the playground and say bad words. Amen."

Posted by Joseph Skerjanec at 10:05 PM No comments:

From time to time something is said or done that brings a chuckle in our household, so I've decided to start keeping track of them, and hope you enjoy them as well.

Cana Twist
A few weeks back our new, young parochial vicar gave a homily on the gospel reading about the wedding feast at Cana. He discussed Jesus' answer to Mary's request to produce more wine. Jesus' response was, "Woman, it is not yet my time." Fr. Dave used an example for the young of the parish of what NOT to do. He said if your parents ask you to do something, this is not a good response. The boys were all serving, so just my wife and I were in the pew with Grandma and Grandpa. We both leaned toward each other and took bets which lad would use it first on their mother.

That morning at breakfast, Grandma asked boy number-two why he never folds his hands with his palms together and fingers pointing toward heaven when he serves Mass. She said, "Show me how it would look if you did."

His response? You guessed it, "Woman, it is not yet my time."


Is it Bigger than a Bread Box?
So we're traveling miserably slow on a trip down the interstate (as described in another blog entry), and we begin to play "Twenty Questions." Finally, boy number-three gets the giggles. He says with enthusiasm, "Okay, I've got one. It's a thing."

One question we always seem to ask when playing this game: "Is it bigger/smaller than a bread box?" When the question came up, he responded that it could be.

Twenty questions later we gave up.

An almost inaudible response behind more laughter, "It's a bread box!"

Posted by Joseph Skerjanec at 11:06 PM No comments: